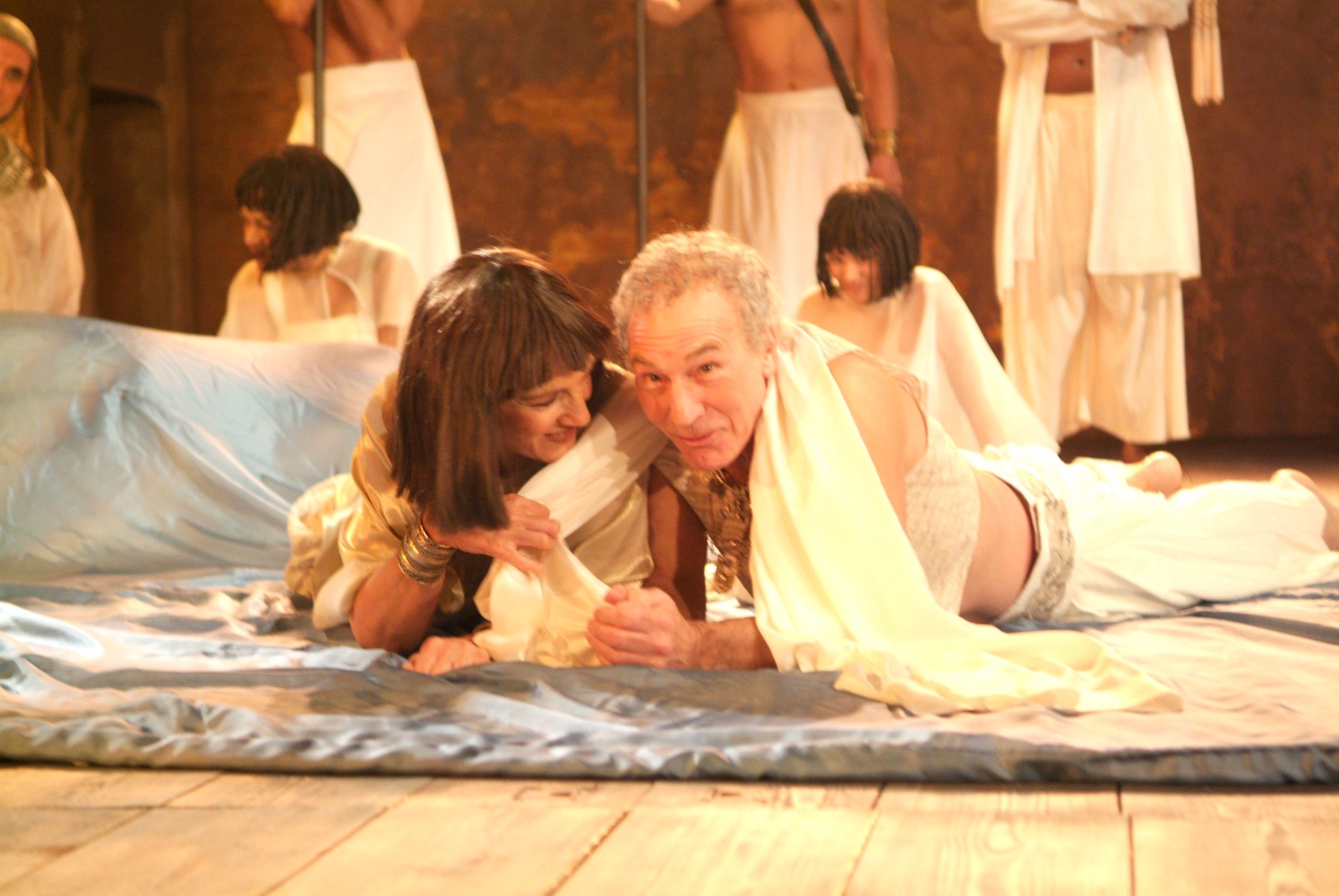 in Plays
by Lizz Brain
0 Comments
0

As a new series of Picard launches, I head back 15 years to Patrick Stewart in a Shakespearean tragedy.

“Being a good captain of a ship makes all the difference between a happy company and an unhappy one.”

It is 55 years since Patrick Stewart made his debut with the Royal Shakespeare Company. At the time this interview was published, it was nearly a quarter of a century since his previous performance in Stratford. Despite worldwide success as Captain Jean Luc Picard in Star Trek: The Next Generation, and the X-Men series of films, he was indubitably delighted to be back in Warwickshire.

With a new series of Picard about to launch (March 2022) on Amazon Prime, it was the perfect time to revisit this conversation….

“It was 1966 when I first appeared on the Royal Shakespeare Theatre stage, in Henry IV Part I, and the RSC became my artistic home for the next 16 years. I did very little film and television work during that time because I was so utterly committed to the RSC, it gave me everything I wanted as an actor – brilliant people to work with, great plays to perform, a beautiful place to work, seasons in London and overseas. I couldn’t have been happier,” he said.

“Then a few things happened, like a job in a sci-fi series which changed everything. I was very happy and recorded 178 episodes of Star Trek over seven years, but there were times when I would fantasise about being back in this town, in this theatre, and with this company. Then two years ago I found myself homesick, deeply, profoundly homesick, and people who visited me in LA were shocked that I wanted to give up what they saw as a wonderful lifestyle. They couldn’t conceive that I would sell my house and come back to England. My girlfriend was here in a play and for the first time in a while no-one appeared interested in employing me, and part of me wondered if I was making a mistake. So for six weeks, while she was working in Stratford, I was doing the shopping and chauffeuring, listening to lines being learned and loving being back in Warwickshire. And I started talking to the RSC about coming back. We wanted it to happen last year for the Gunpowder season, but there was a small project called X Men 3 which I was already committed to, so it meant I would come here for the Complete Works Festival.”

And what a start it has already been. Antony and Cleopatra is the first play to open the Swan Theatre in the festival, or Bardathon as it is being hailed, and the production is already winning richly-deserved acclaim. In addition to playing Antony, Patrick will be taking on Prospero in The Tempest later in the season.

And in Antony and Cleopatra he offers a mesmerising performance, including donning a wig over his trademark baldness.

“I don’t know any other play where a character’s hair is mentioned quite so much, which obviously created a problem for me, so we decided a wig was a necessity. And both characters acknowledge that their better days are past, which is why it’s grey! For Harriet (Walter)  and myself there is an attraction and luxury is playing characters who are so physically besotted with each other and so reckless in their passion. It’s an obsession, a dependency, and not a healthy one. And it’s nice to be playing opposite Romeo and Juliet. We keep running into the younger lovers backstage. I keep telling Juliet that if she really wants a good time she should hook up with Antony!”

Having returned to the RSC an older, wiser and more experienced actor, Patrick acknowledges, and welcomes, the responsibility towards younger members of the company who may see him as a mentor. “My learning process as an actor and as a man began in this company, being able to work with and learn from actors like Ian Holm, Ian Richardson and Elizabeth Spriggs. The role of leading a company begins in the rehearsal room with the ability to take the plunge, make a fool of oneself, be careless, bold, disciplined, good-humoured, entertaining and generous, because, as I learned in Star Trek, both on and off-screen, being a good captain of a ship makes all the difference between a happy company and an unhappy one.”